Gathering For a Visit 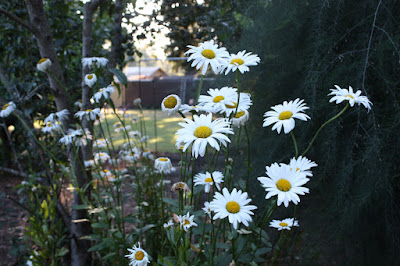 Come sit with me in the cool shade of afternoon; thankfully I have a covered deck where we can distance safely as we visit. It's been a long hot summer and the best we can say for it is that we are still connected, still able to exchange ideas and kindnesses. But first the garden. John has been so busy. Too busy for his age but he doesn't let that slow him down. 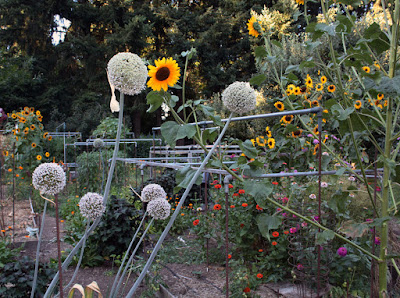 Be careful of the stakes out here. And honeybees. Everything else is good. Help yourself to ripe figs, blackberries, anything else that calls to you. The chimney swifts are about to make their dive into our chimney. We can watch them circle and gather in as they prepare to dive in; we wake up to the hungry chatters of the babies in the living room. 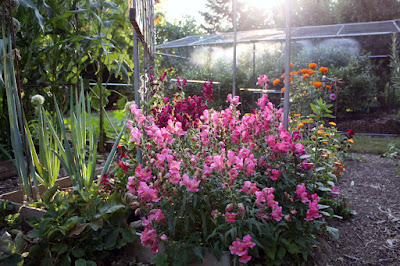 John has the misters on over the blueberries. Ah, that feels cool, doesn't it? Now I'll just be quiet and let you look. Maybe point out the names of things if I can remember them. 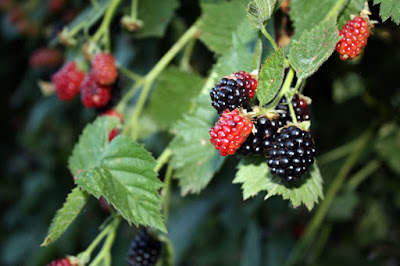 This is some kind of giant blackberry that wants to take over. John keeps it nice and tidy though. 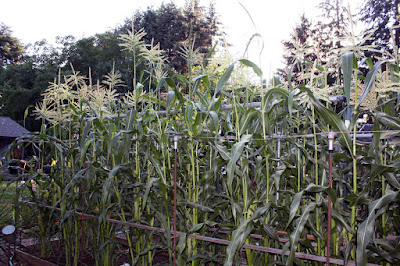 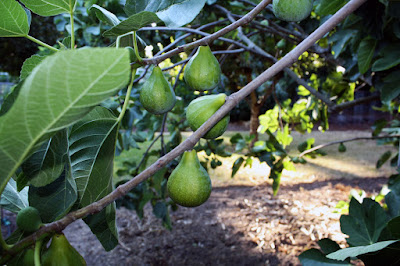 I'm shocked at how quickly fig trees grow. This green fig is our early girl. The black fig that we love comes much later. One is juicy and the other is drier; both of them voluptuous. 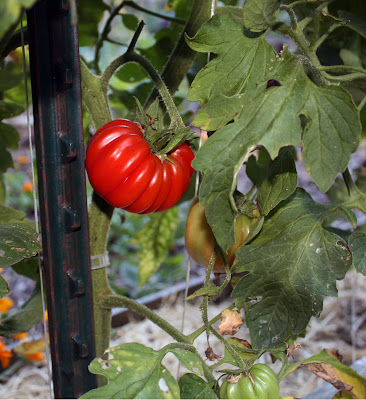 I believe we have a Grand Sasso tomato here. It looks like a lady's purse, gathered up tightly so nothing is lost. The queen of tomatoes at our house. 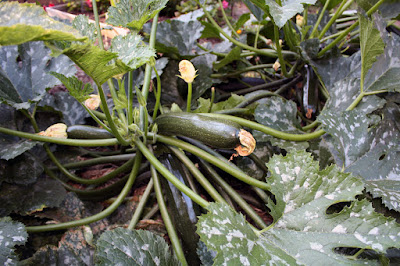 The humble zuchinni that gives us both fruit and flowers for recipes from south of the border. We like to make the skins into fettucine; lots of dark green vitamins for health and strength. 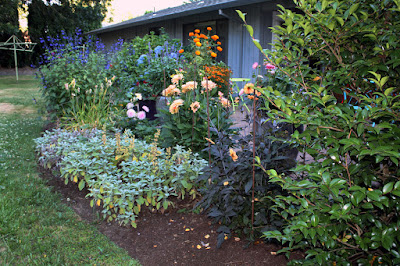 This tidy little flowerbed provides us with herbs as well as salvias for the hummingbirds and bees. Lots of insect and bird activity here. 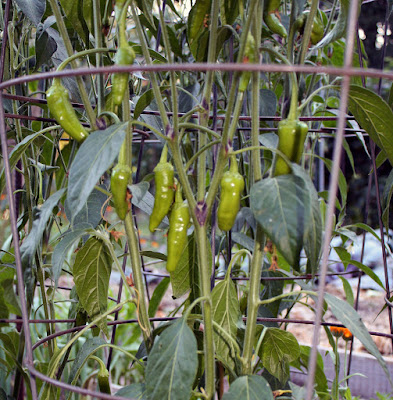 Lots of varieties of peppers, I think this is jalapeño. John handles all the chopping of peppers so I only for sure recognize serrano. 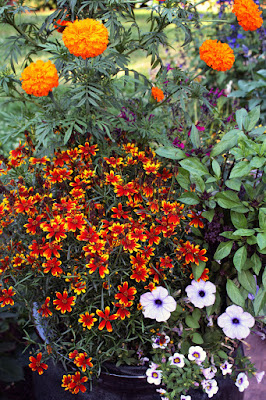 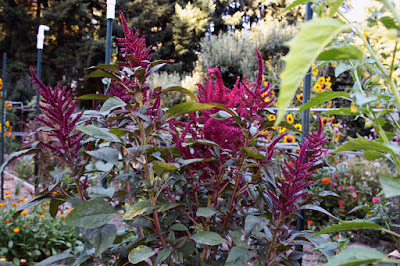 Amaranth. Makes a great ink and provides seeds for birds. My friends in Mexico dip it in beaten egg whites and gently fry it then cover with a delicious chili sauce. 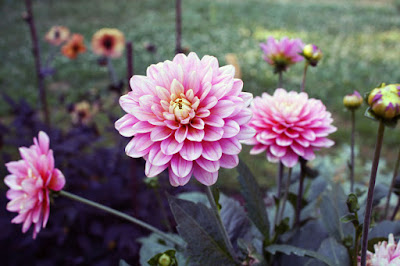 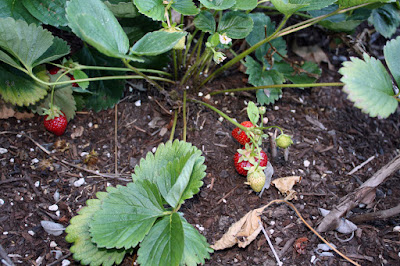 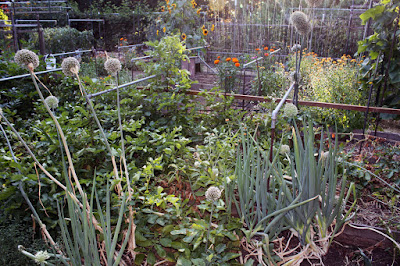 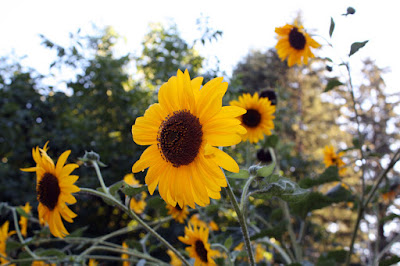 Wow, that was a long tour. Now for something different; I've made a video for those of you who love to play with art supplies. Nothing serious or hard; just a bit of journal fun cutting and painting and pasting as we love to do. 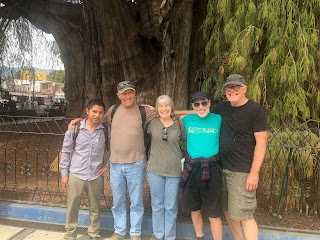 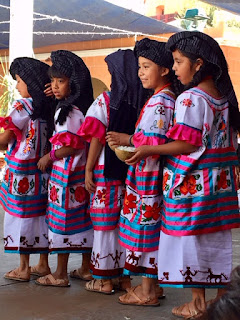 No one saw a global pandemic coming back on New Year's Eve when we made our resolutions.

John and I toasted in the New Year in Oaxaca as usual and stayed until mid March when it was apparent that the world was facing a global pandemic. 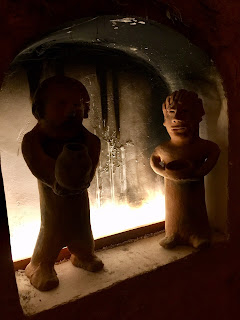 We flew home through Mexico City where few people had started wearing masks yet; we sanitized our tray tables on the plane home and hoped for the best. 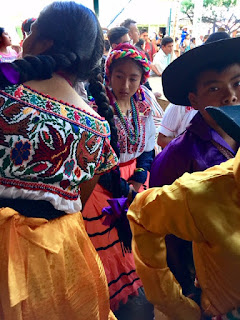 Since then it's been a strange blur as John put in the garden and I busied myself painting in the studio. 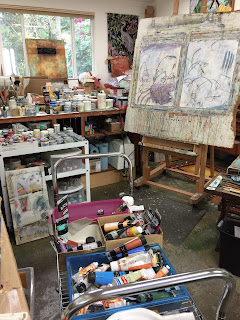 Both of us have been in full stay at home mode with only a few visits from friends and occasional hikes at a large, local park that has trails and few other hikers. 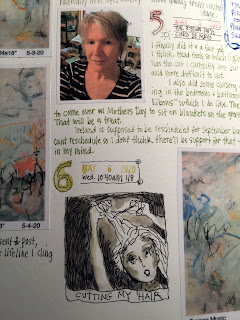 By May I realized I wasn't going to be seeing many humans for awhile and I cut off my long, heavy ponytail. That was an admission that I realized the world was in it for the long haul and that it didn't matter what my hair looked like. I started drawing cartoons in my journal of life under the pandemic. You can see them on Instagram at https://www.instagram.com/judywise2020/. 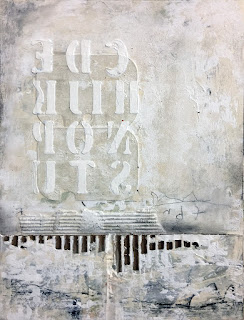 I also missed a gathering in May where I was to speak (in Mississippi) and a class I was to teach (in Ireland). Very disappointing and so many of my fellow art teachers reported that they too had to cancel out of long anticipated gatherings. My grandson lost a job promotion that he's only gotten the week before and watched his dream of buying a home vanish. We realized that many others in the country were enduring difficult losses as well and of course we felt very sad for that.

In June I cancelled another class; this one was to be in Gig Harbor with Bellissima Art Escapes teaching painting on Venetian Plaster and cold wax. 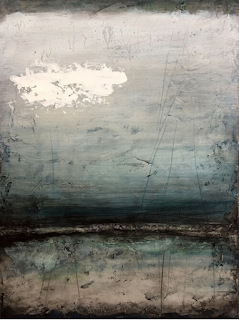 Several weeks ago after working zealously in the studio I took a break from abstract painting and started doing a few other things. 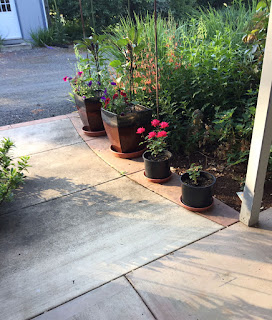 Potting plants, a dentist appointment, Zoom meetings and visits from several friends. That felt amazing. Good. Almost like old times. But still there is this feeling of floating weirdness. 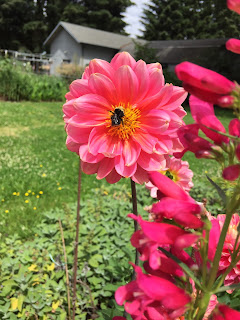 In other news, however, John's garden is amazing. 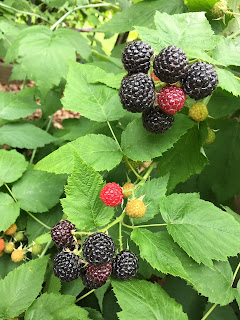 Black caps are wonderful for making ink.
And for making your tongue turn blue. 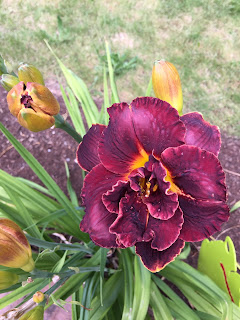 Art and the natural world sustain us; form our idea of a higher intelligence. John and I are old people now and to be frank it is the happiest time of our lives. 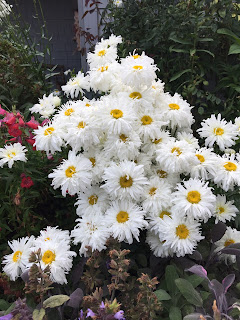 Somehow we have endured the many storms and found a time of relative peace. 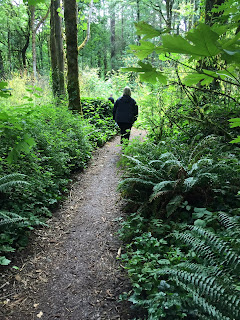 I hope to have lots of arty stuff to share next time but for now it's enough to just carry on. xo